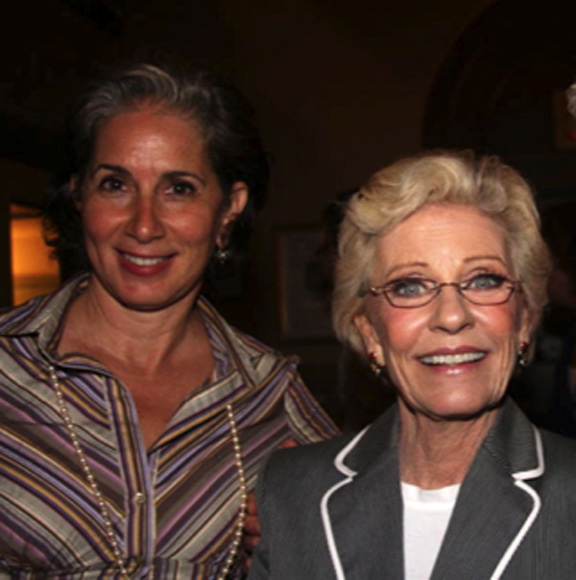 When I was eight years old I saw a play on Broadway called The Miracle Worker.  It was based on the true story of Helen Keller and starred Patty Duke and Anne Bancroft; they both went on to win Oscars for their performances in the film version.  The Miracle Worker tells the story of how a young, seeing impaired teacher helped a blind and deaf six year old to understand words.  When the curtain fell I was quivering in my seat, unable to speak.  -So began my lifelong love affair of dramatic art.

As soon as I could I left Detroit and moved east to train as an actress at Emerson College in Boston, and then at The Circle in the Square theater school in NYC.  More details about life as a young actress in New York in the 1970s can be found here.

Gitta Mallasz’s book, Talking with Angels, came into my life in 1982, when a friend recommended it to me because, at 30 years old,  I was having a mid-life crisis,  living off the grid in London, UK, and living in a spiritual community modeled after the philosophy of George Gurdjieff.  Synchronicities and magic abounded, yet I had never heard of ‘channeling’.  …I was intrigued. The book was riveting.

I begin writing an adaptation of it for the stage in 1999 and by 2000, a nine character version won first prize at the San Francisco Fringe Theater Festival.

Later that year I went to Switzerland and met with the publisher of Talking with Angels, Robert Hinshaw. He said he was impressed with the online reviews from the festival and encouraged me to keep developing a stage version of Talking with Angels. He showed me over three hours of videos he’d made with Gitta just before she died, in 1992. I had the opportunity to watch her describe her extraordinary experience in English (her fifth language) and it set the template for the solo adaptation.

Talking with Angels: Budapest, 1943 premiered at the Milagro Theater in NYC on September 19th, 2001.   Barbara Valocore, of the Lifebridge Foundation, offered funding to develop the project and bring it back to New York for a longer run, which we did in the spring of 2002.  George Zimmer, founder of The Men’s Wearhouse, has continued to support the project and as it stands now,  it’s been performed over 400 times at salons and festivals throughout the USA and Europe including the Edinburgh Fringe Festival in Scotland, the Hollywood Fringe Festival, and in 2019 for the Slauson Rec Theater School, which I founded with Bobby Soto and Shia LaBeouf.  SM

Emma Coats created a fantastic slide show to help the audience grasp the timeline and essence of the message in Talking with Angels.  She based her design on the original Hungarian notebooks.

Emma was a storyboard artist at Pixar and is best known for her work on “Brave”.  For the past couple of years, in addition to writing and directing, she’s been touring the world giving talks on the  22 “STORYBASIC” RULES  that she learned from working with such Pixar masterminds as Pete Docter and Lee Unkrich and “Brave” directors Brenda Chapman and Mark Andrews .

You can become one of Emma’s 14K followers @lawnrocket and learn lots more about her here.

Robin Fontaine directed the original production of  Talking with Angels in 2001 and has generously given her support to the  production ever since.  She is a graduate of Fordham University’s theater department and was highly influenced by Anne Bogart, who was one of her teachers there.

Robin has had her own film production company, TinBox2, and worked for over 10 years at Reardon Studio. She was in charge of the Oscar winning team  that did the motion capture of Brad Pitt for The Curious Case of Benjamin Button. Robin also supervised the motion capture for four Harry Potter films.

A native of Southern California, Michi  holds degrees from the Cleveland Institute of Music  and from The Juilliard School, where she was a student of Robert Mann. Ms. Wiancko’s debut solo CD, Platinum Spirals, features works by Ravel, Beethoven, Kreisler, Debussy, Prokofiev and Joan Tower. More about Michi here.

ECCO is a self-conducted chamber orchestra that was founded in 2001. More about this amazing, independent group of like-minded and highly accomplished players can be found on their website here.

The Hungarian folk music is sung by Márta Sebestyén.

Tomomi Itakura is a founding partner of IKD. She was formerly the Director of Exhibition Design at the Fine Arts Museums of San Francisco, including both the deYoung and the Legion of Honor. She has designed and overseen installations, galleries, and exhibitions that reached over 1.4 million visitors a year. Previously, she was the Senior Designer at the Museum of Fine Arts, Boston. She is highly experienced in working with art objects from ancient to contemporary and is passionate about designing beautiful environments and highly functional casework. She has also worked in the Exhibitions Department at Harvard Graduate School of Design and has taught digital media courses. She has worked in various architecture studios including Hashim Sarkis Architecture, Landscape, Urban Design in Cambridge, MA. She has been a visiting design critic at Wentworth Institute of Technology, Boston Architectural College, and the Career Discovery Program at Harvard GSD. She has designed stage scenery for theater companies such as Berkeley Opera (Berkeley, CA), Word for Word Performing Arts (San Francisco, CA), and Talking with Angels Productions (San Francisco, CA). Tomomi holds a master’s degree in Architecture from Harvard University and bachelors’ degrees in Theatre Arts and Architecture from UC Berkeley.